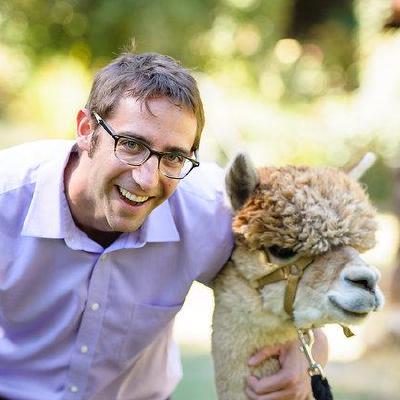 Having recently reemerged in an academic setting, I’m beginning to build a research program. My past research still informs much of my interest:

Current projects in which I’m involved, while in their beginning phases of work, support numerous undergraduate research assistants, whom I mentor (5 in the past year) as well as Senior Capstone projects.

I am the “methodological mentor” for a number of cross-disciplinary projects, often supervising undergraduate Data Science students as research assistants. These projects include work with the Earth Sciences and Computational Social Sciences.

Much of data science deals with combining heterogeneous data sources to understand a process of interest. This often leads to an incommensurability of scales, under which the choice of metric significantly affects the results. Graphs provide a natural structure on which represent this choice; the dynamics of human behavior on the internet provide many examples of such graphs.

A few specific projects in progress lie in the following areas:

Work on new course development is on the curriculum page.

I have preliminary work on creating an Introduction to Data Science course, in the spirit of data8, appropriate for majors at UCSD. In particular, introducing tabular computation in python in a way that is both easily approachable by those new to coding as well as directly usable after leaving the course. This project resulted in the python package babypandas available on PYPI. This project is being adopted outside of UCSD.

My research as a mathematician was in the area of Symplectic and Poisson Geometry. I’ve found a few interesting connections to my current interests, including how to best design a neural-network architecture for a specified symmetry (group-action).

My mathematics preprints can be found on the ArXiV: